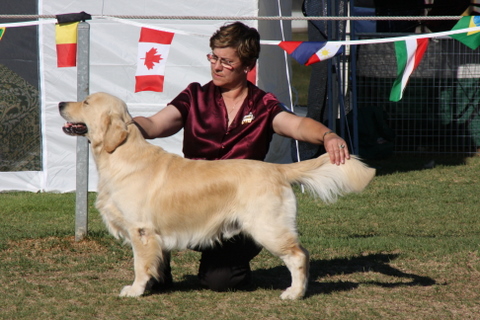 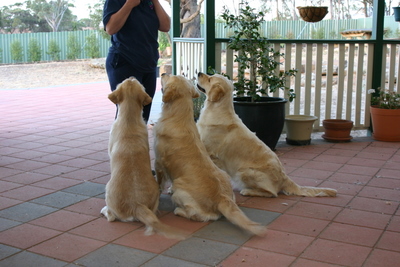 BARADAV Golden Retrievers is a small, select kennel located on two and a half acres at Kalbeeba,on the edge of the Barossa Valley, approximately 45 kilometers north of Adelaide, South Australia, Australia.

Australian Champion Aztic Hayley Belle
(Sire:Australian Champion Dobro Steely Dan CD – Dam:Goldjess Bonnie Belle)
Honey was a much loved member of our family and spent many hours keeping watch over the fishing tackle box and the esky whilst spending the day fishing with our sons Adam & Paul. A pastime she and the boys alike enjoyed in Darwin. In the showring she gave us many memories one of which was Junior in Show at the Royal Darwin Show in 1995 under Mr Peter Warby.

Honey was the beginning of our love affair with Goldens. We have wonderful and beautiful memories that will live with us forever.