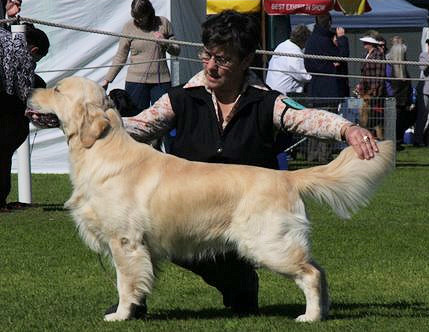 Judge – Mrs Barbara Mills – “Millwater Kennels” (UK)2nd Baby Puppy Dog Class (4/1 absent)
critique – “This lad was entering that “in-between” stage where everything goes slightly out of balance, however lots to like. Head a little coarse for my taste, but good pigment. Neat feet and well up on pasterns, just tending to lose his topline (as usual at this age) and very loose in movement at the moment.”